Snappy Heat uses a safe (and simple) chemical reaction to achieve temperatures of up to 130 degrees.  Our products are filled with a supersaturated liquid solution of sodium acetate (chemically known as CH3COONa - it's also the primary flavoring in salt and vinegar potato chips - but you wouldn't want to eat ours). When you "snap" the metal disc inside this solution, it starts a reaction, spreading throughout the heating pad, generating heat as it reacts. HELPFUL TIP!: Wrap the warmer in a small towel to prolong the heating effect, otherwise you should expect to feel soothing heat for about 30 minutes or longer (depending on your environment temperature and how the pack is being used).
The process is extremely safe, and all our products are made with non-toxic food-grade ingredients. Ingredients are not for consumption.

When you boil a used Snappy Heat pad, you are essentially "melting" the crystals back to their previous state.  When cooled, the liquid is ready to react again.  With proper care and handling, you can keep reusing your Snappy Heat for many years to come.

According to Wikipedia  "The most common reusable heat pads contain a supersaturated solution of sodium acetate (CH3COONa) in water. Crystallization is triggered by flexing a small flat disc of notched ferrous metal embedded in the liquid. Pressing the disc releases very tiny adhered crystals of sodium acetate[1] into the solution which then act as nucleation sites for the crystallization of the sodium acetate into the hydrated salt (sodium acetate trihydrate). Because the liquid is supersaturated, this makes the solution crystallize suddenly, thereby releasing the energy of the crystal lattice. The use of the metal disc was invented in 1978.[2]
The pad can be reused by placing it in boiling water for 10–15 minutes, which redissolves the sodium acetate trihydrate in the contained water and recreates a supersaturated solution. Once the pad has returned to room temperature it can be triggered again. Triggering the pad before it has reached room temperature results in the pad reaching a lower peak temperature, as compared to waiting until it had completely cooled."  - Source: http://en.wikipedia.org/wiki/Heating_pad 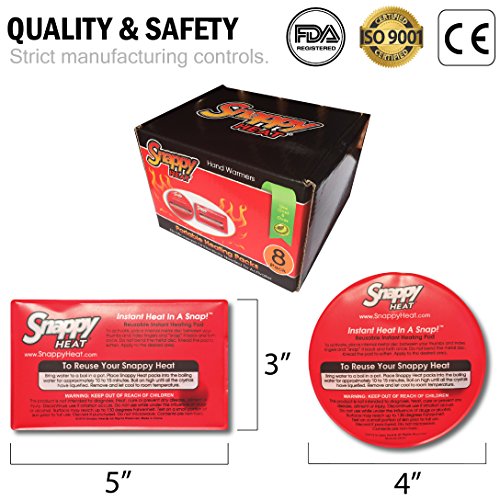 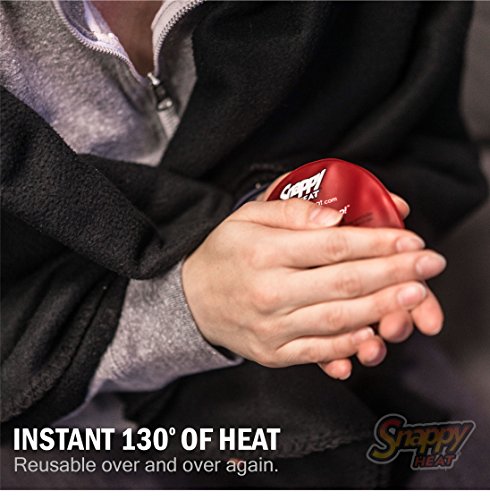